Nature on the Estate: Red Kites and Buzzard Chicks

Last week, Barry Trevis, our local ornithologist and licenced bird ringer came to ring Red Kite and Buzzard chicks who were successfully raised on the Brocket Hall Estate. It must be a good breeding year for birds of prey because each nest had three chicks. As you can see on the photos below, the kites are well developed and their wings were large enough to be able to fit wing tags.

After the successful reintroduction of Red Kites in The Chilterns in the late 1980’s the species gradually spread into Hertfordshire and started to breed in the county around 2009. Barry found an occupied kite nest high in a larch tree in the north of Brocket Park in the spring of 2012. A special license was obtained for the ringing of the birds and with the agreement of the Brocket Hall Management, three kite chicks were ringed in the nest. An individually numbered ring issued by the British Trust for Ornithology (BTO) was fitted to the leg of each bird. In the event of a ringed bird being found in future, this would provide information on its movement and survival rate.

In an adjacent tree to the previous year’s nest, the kites bred again in 2013 and two were ringed. Although it was suspected that kites were still breeding nearby another nest was not found until 2017, this time in a pine in the south of The Park. Two chicks were ringed there. The following year (May 2018) a nest was found high in a large pine not too far from the original nest site. Two chicks were ringed there. In 2019 the same nest was used again. As no records of the previously ringed kites had been received it was felt that wing-tags should now be fixed to the kite chick’s wings as these can be readily observed with binoculars at a distance when the birds are in flight or when perched. This method has been used successfully in a number of other areas in the country. In June this year, three young kites were ringed at the nest and distinct wing-tags fitted. Once the birds have fledged the nest later in June it is hoped that they will be sighted and the tags recorded around the Park or even much further afield. Any reports of these marked birds will be made known to the BTO to be added to their national database. The Estate Administrator will be kept advised of any such observations. 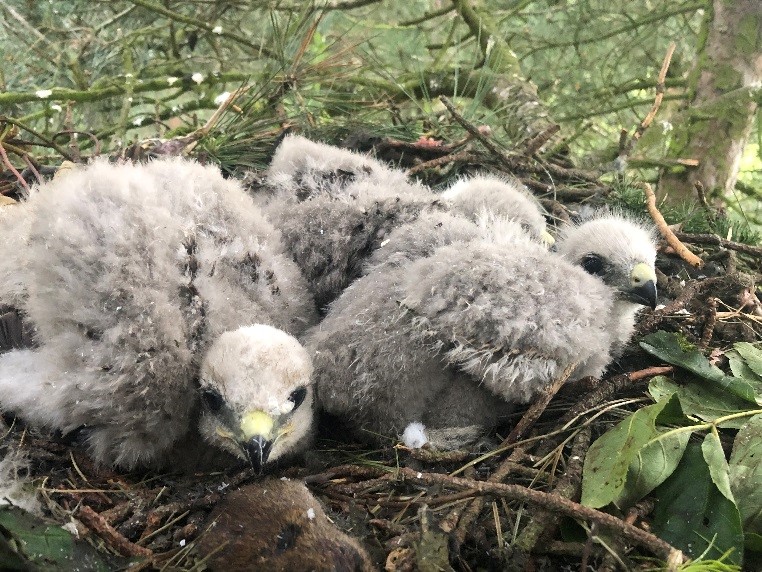 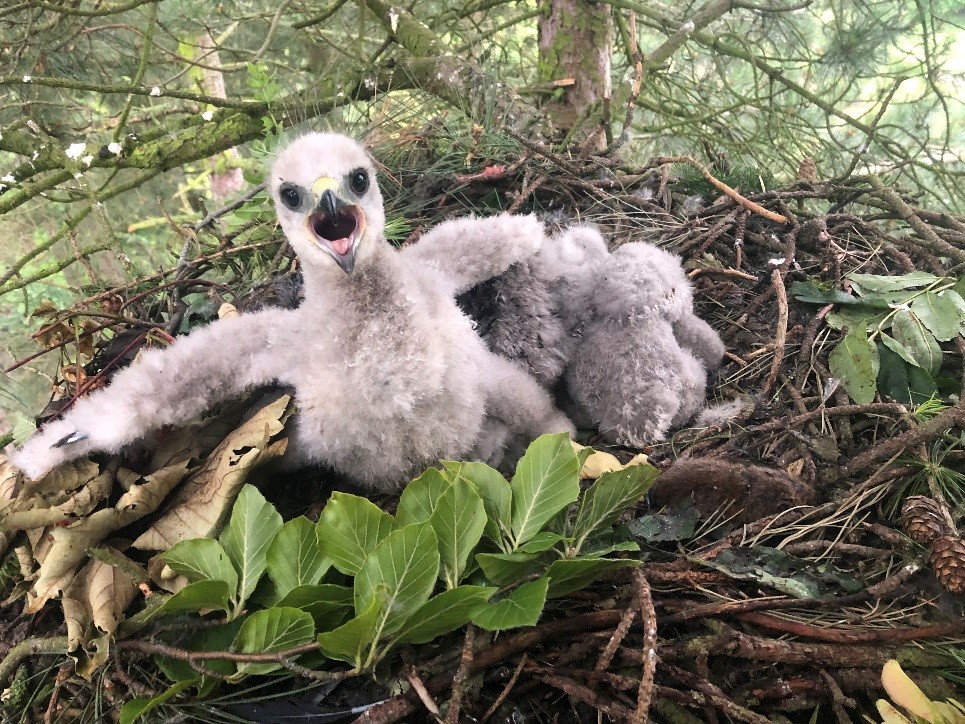 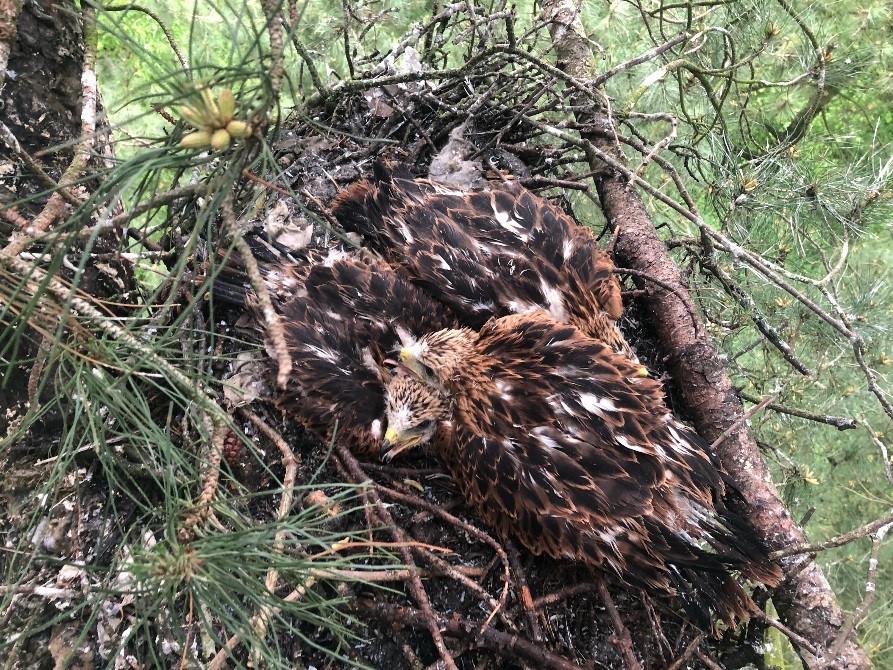