Over Christmas, we held a competition to win dinner for two at Auberge du Lac. To enter, we asked for the best proposal story!

We had so many entries and so many wonderful proposal stories, it was a difficult decision!

We are so pleased to announce our winners – Chloe & Ben – a beautiful proposal with so many personal touches. Congratulations both of you! 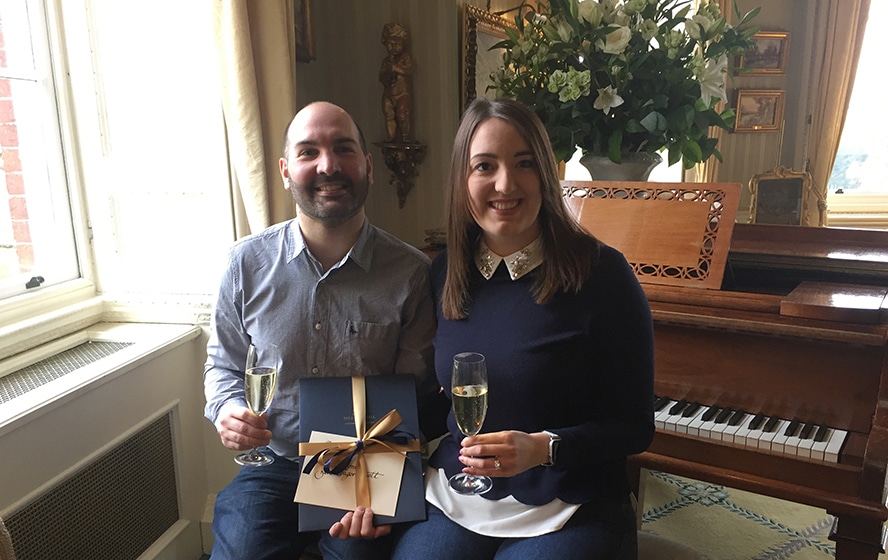 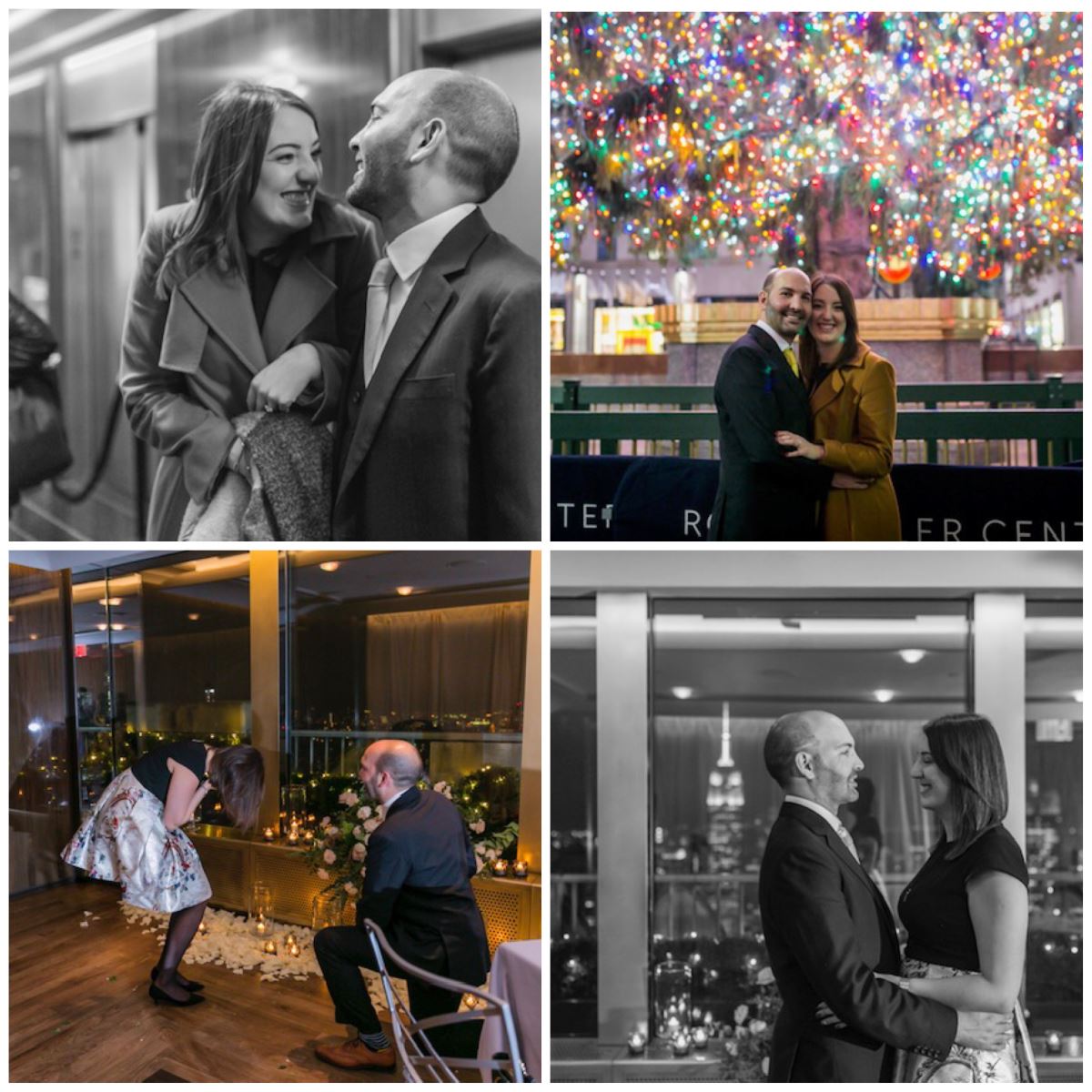 For their second anniversary, Ben and Chloe went to New York on the 28th of November 2018 when the Christmas lights were on. Ben had planned dinner on the Friday evening, and kept the location a surprise. So Chloe was very excited when she arrived at Bar 65, on the 65th floor of the Rockefeller Centre, with spectacular 360 views of the New York sky line.

After a few drinks, they were due to go through to the Rainbow Rooms for dinner, however, they kept being told the table still wasn’t ready. As it was so delayed, they both asked if they could wait in a side room that was being prepared for a photo shoot the next day. They walked into the room and there was a table set for two, flowers, petals, candles and two photographers. It was breath taking moment for Chloe and Ben, but Chloe still hadn’t cottoned on to what was about to happen.

Ben went over to the window whilst Chloe quizzed the photographer on what the photo shoot the next day was for, as it looked so stunning. Eventually Ben managed to get Chloe over to the window to look at the fantastic views of the Empire State Building all lit up, and Ben then got down on one knee. He said some beautiful words, none of which Chloe could remember. It was a complete surprise!